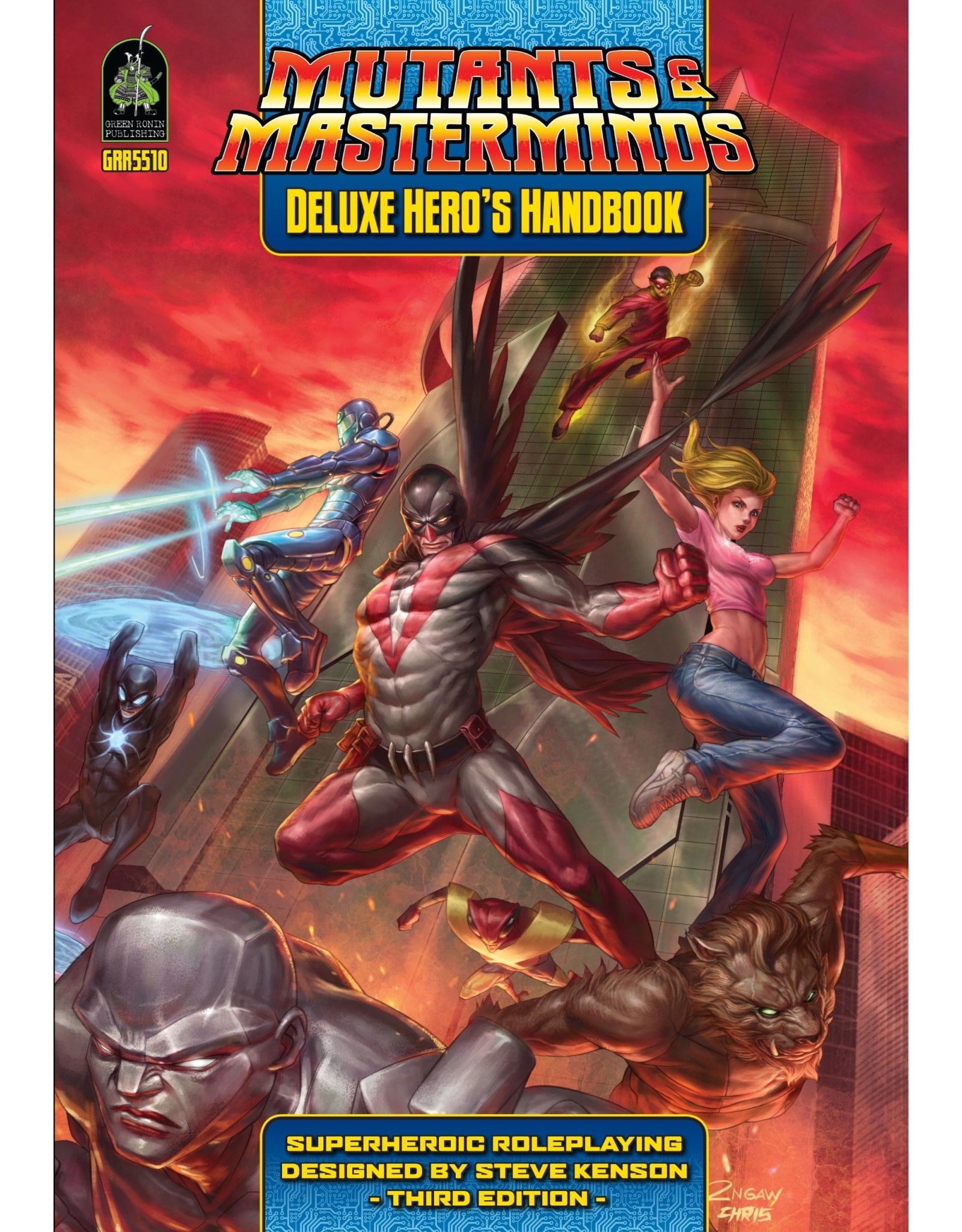 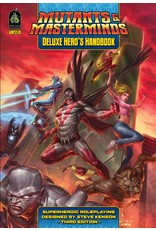 Since 2002, Mutants & Masterminds has earned its title as the World's Greatest Superhero RPG, inspiring countless game sessions and winning many awards for excellence. The M&M Deluxe Hero's Handbook is the revised and expanded core rulebook of the game's Third Edition and it gives you everything you need to have your own superheroic adventures. The detailed character creation system lets you make the hero you want to play, choosing from a wide range of skills, advantages, and power effects. Customize your hero's powers with modifiers to create an almost endless range of superhuman abilities. The Deluxe Hero's Handbook is a beautiful full color hardback book that includes a Quickstart Character Generator and a new adventure set in Emerald City. Become a hero of legend with the Mutants & Masterminds Hero's Handbook!