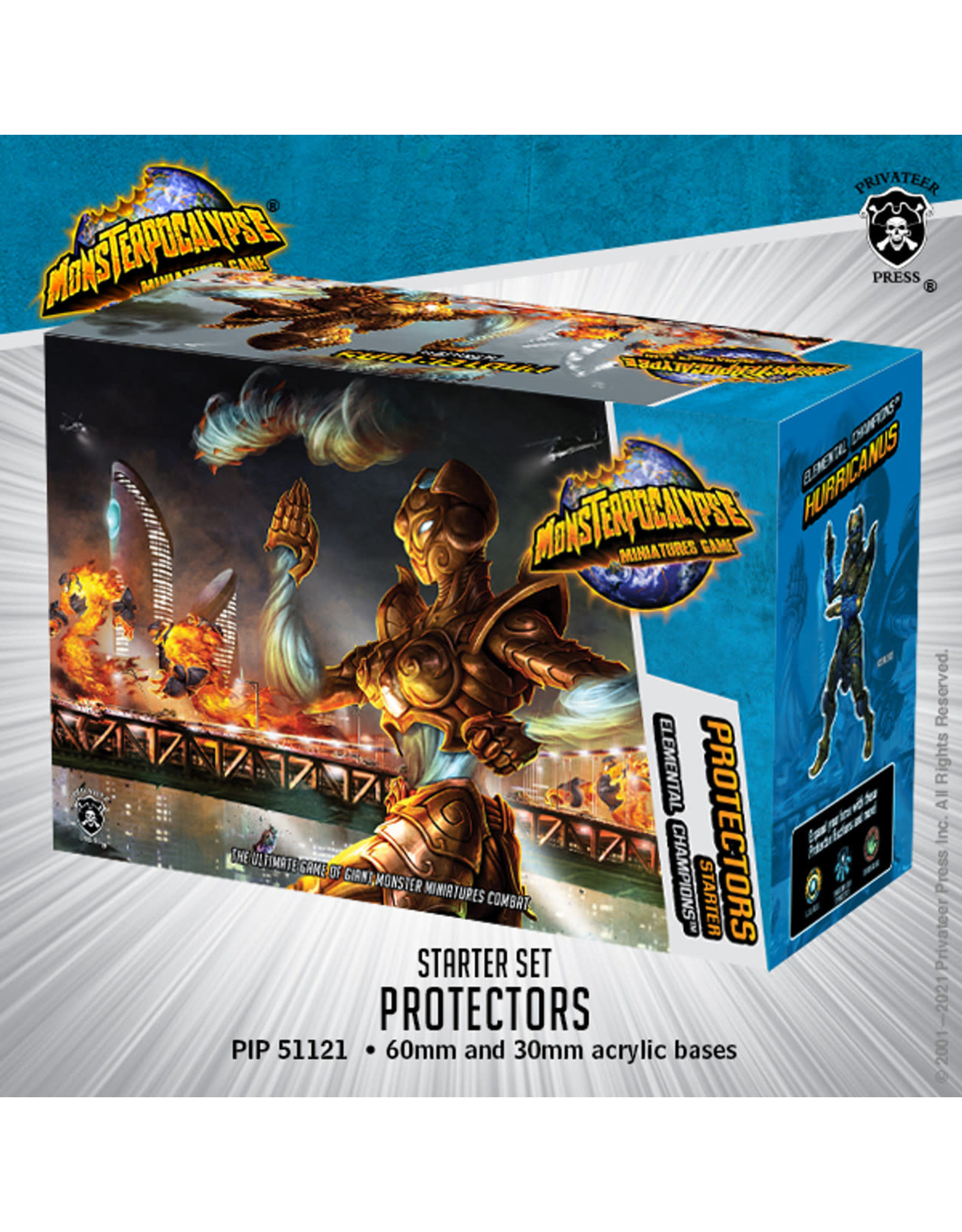 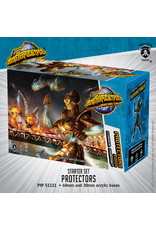 This starter box contains everything a player needs to start playing Monsterpocalypse fresh. Existing players will find a new updated rulebook along with two brand-new battle maps. The maps, River City Rampage and Downtown Beatdown, bring two new concepts to Monsterpocalpyse maps: River City Rampage has a river running down the middle of the map, making movement from one side to the other difficult for units, and Downtown Beatdown is the first map with 24 building foundations, meaning a player can play with all 12 buildings they can bring with them to each game!

Hurricanius is a well-rounded monster that can be added to any Protectors force. She has such control over the winds that she can claim near complete Air Superiority for her forces. In Alpha form, she can Strafe her enemies with razor-sharp gusts of wind, whereas in her Hyper form, she becomes an incarnation of the
wind itself. Her mere presence creates powerful Tailwinds that increase the mobility of her allies and speed along other allied warriors with Flight.