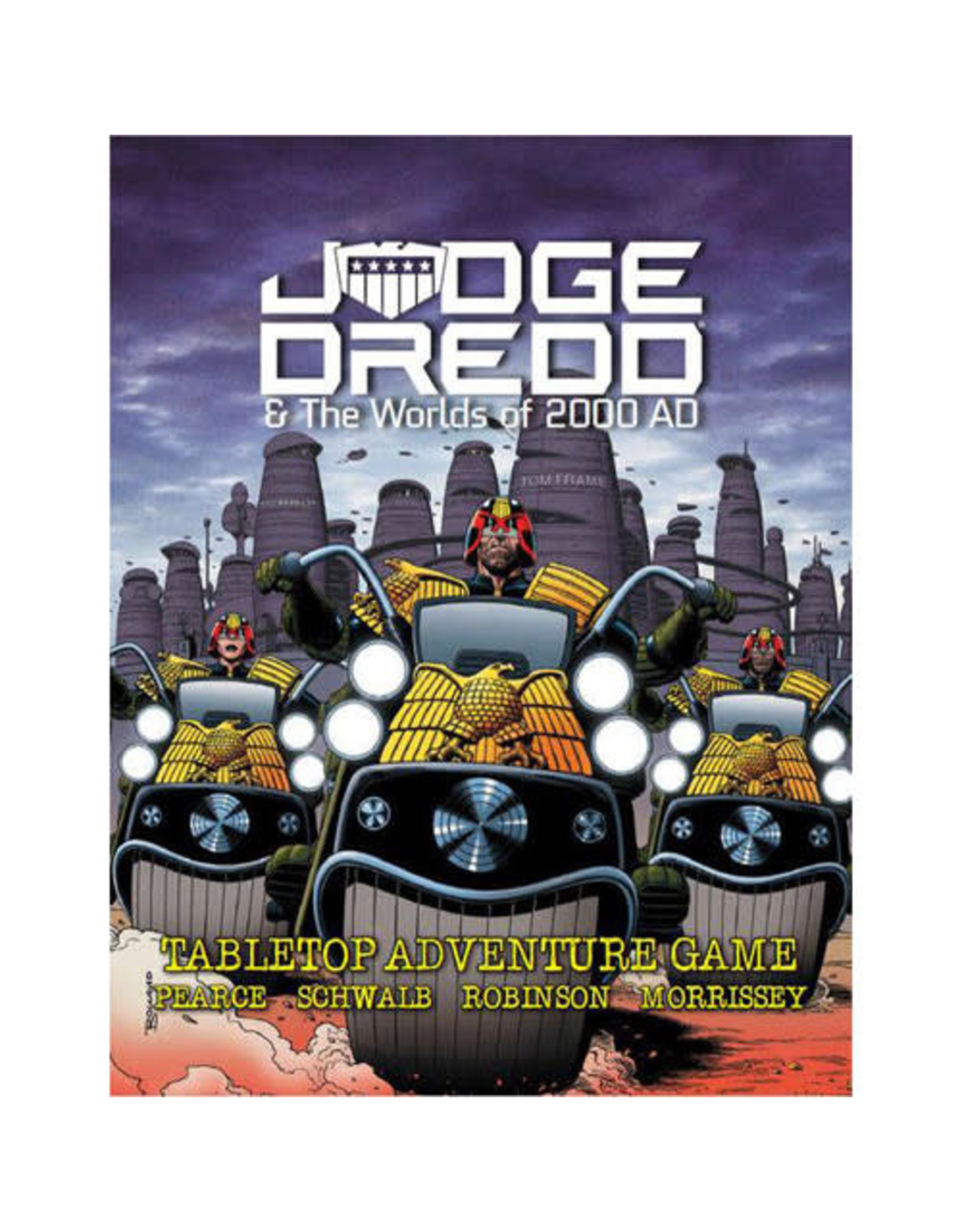 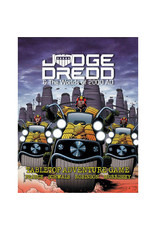 Welcome to the worlds of 2000 AD! Voyage into the far future in this versatile tabletop game of science fiction adventure.

Mutant bounty hunters hunt down the scum of the universe. The noble houses of a resurgent imperial Russia use every means at their disposal to attempt to become the supreme power; using bribery, assassination, espionage, diplomacy and war. The solar system is invaded by the Geeks - a hostile alien race hell bent on the destruction of mankind, on Earth and her colonies in the solar system. Criminal hitmen fulfil their contracts, blasting their way through rivals and bodyguards to achieve their bloody payday. Occult investigators hunt down demons and restless spirits threatening both the lives and souls of the people of Britain.

And then there is Dredd. The top lawman in a vast city over 800 million citizens, he contends with criminals, mutant raiders, aliens, rogue robots and enemy agents from other, hostile, megacities.

This roleplaying game provides the core rules for the science fiction worlds of 2000 AD. It also provides in-depth material allowing you to create and run adventures in the world of Judge Dredd.

• Rules for creating humans, clones, robots, mutants, and uplifted apes. The fun, intuitive life path system allows you to run games for a group of Judges, perps, or citizens.

• A wide array of equipment and weapons from the pages of Judge Dredd. Use the iconic lawgiver pistol with its six different bullet types. Use the daystick baton to subdue perps when up close to them. Ride the lawmaker bike, the two-wheeled king of the road.

• Full rules for running the game, including fast but tactical combat, environments, and extended scientific, medical, and engineering tasks.

• An exploration of Dredd's world with many key locations of Dredd's city detailed along with information on how to use them in games.

• An introductory adventure where you can play as Judges, perps, or citizens. All with very different goals and aims.